When the Heart Heals the Brain 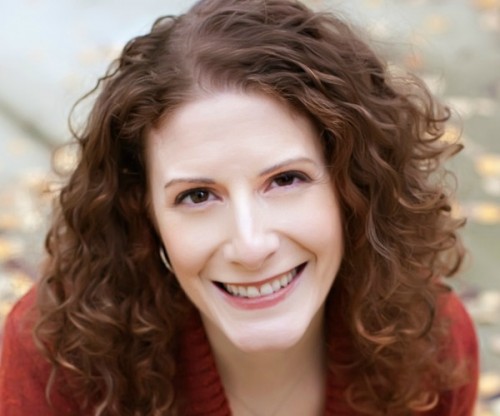 Maria Ross is a brand strategist, author and speaker – and creator of Red Slice, a digital elixir of stories and strategies to boost your business, your brand and your brain. She advises small to midsized businesses on how to craft brands that engage, inform and delight customers. Maria is the author of Branding Basics for Small Business. Stepping outside her “business zone”, this is an adapted excerpt from her newest humorous and heartfelt memoir, Rebooting My Brain, available digitally now and publishing in print May 1.

In August 2008, I received a gift. I almost died from a ruptured brain aneurysm.

I remember little of that entire month, as I lay in ICU after surgeries, sedation and memory damage.  My husband, Paul, however, remembers everything in sharp detail: finding me unconscious; holding his own breath when they removed my ventilator; willing me to squeeze his hand and open my eyes. These images would cause him to break down and cry for no apparent reason, even months afterwards.

How often are marriage vows tested in such a concrete way? Months of recovery and my husband’s amazing support taught me about not only the brain’s resilience, but the resilience of the human spirit when surrounded by love.

In 2010, Paul and I marked the two-year anniversary of the brain aneurysm. Pretty damn cool. It was a mutual celebration because we both survived it. I was touched that when I said, “You know, it’ll be two years on Wednesday. I think we should go out to dinner,” he didn’t even hesitate. “Yes,” he said, “Let’s definitely do that.” So we ventured out to celebrate life and joy.

That same week, I had a follow-up doctor appointment.  Arriving early, I fetched a much-needed coffee across from the emergency room (ER). I don’t remember the ER at all, but every time I walk by it, I shudder. I imagine Paul arriving shell-shocked to the commotion of rushing me into a scan room and then surgery, the horror he must have felt when the surgeon said, ”We’ve saved her life but that’s all we can do. We have no idea what she’ll be like coming out of this.” I cry when I think of him standing there alone with only his shock and disbelief. I’m his wife: I should have been there for him during that difficult time, but I obviously couldn’t be.

We had been married just over two years and had just moved to Seattle. Our life together was still “under construction”: First house, new dog, a new business (me), a new job (him) – all in a new city.

The first symptoms occurred that June: a sudden “thunderclap” headache, followed by immobilizing neck and back pain. The doctor thought it was just stress-induced high blood pressure. After vomiting all morning, I collapsed unconscious on the floor. Paul grabbed the phone and dialed 911. Paramedics arrived quickly, which most likely saved my life.

“Has she overdosed?” the EMT asked, flashing lights into my eyes.

“No…no, not at all,” Paul stammered. “She’s never taken drugs in her life!”

“Sir, maybe you were not aware…?” They tried to be tactful but I was showing all signs of an overdose. Sirens blazing, they raced to the ER and assessed me using a common trauma scale for unresponsive patients. Anything below four is considered near death. I was a three.

Whisking me into a CT scan, they saw the ruptured aneurysm pumping blood into my brain. The “brain ninjas” as Paul likes to call them, immediately threaded a metal coil up through my blood vessels into my brain, stemming the blood flow. As my friends later commented, “It was platinum, naturally. Nothing but the best for you, babe.”

Between the retrograde amnesia caused by the brain “insult” as the doctors termed it (like I’ve affronted gray matter) and heavy sedatives, August is a blank. I have short flashes, as if recalling a dream. One image: I’m crying, eyes shut tightly, squeezing Paul’s hand and my head is on fire. That was the day they stitched up the hole from the draining tube. Apparently, the anesthetic didn’t take and instead of enduring another painful shot, I opted to go without.

Another image: the crunchy snip-snip of scissors. My hair had been shaved on one side, leaving a long lopsided ponytail on the other. I asked Paul to just cut it all off and with a heavy heart, my husband lopped off my trademark curly auburn hair.

While the doctors bombarded me with memory tests, Paul invented his own. That August, two famous men made headlines.  Every day, Paul would ask, “What happened to Brett Favre? To John Edwards?” and each day, I wouldn’t know.

“Brett Favre is playing for the Jets now and John Edwards had an affair.”

His temporary amusement masked his worry that I might be like this for the rest of my life.

The ICU days were the worst. Brain damage caused me to invent conspiracy theories. I struggled to separate reality from dreams and memories.  Paul confided that he could handle anything physical, but how would he handle it if I wasn’t “me” anymore?

Paul was on an emotional roller coaster: “Sometimes its smiles and wanting ice cream (I’d developed an inexplicable dessert craving) and sometimes it’s just pain and uncertainty.” He and my loved ones indulged my nonsensical ramblings and, while still fretting that it might be permanent, bravely found humor beneath the stress. I guess they hoped that one day we’d all laugh about it all.  And we do.

My friend Carrie chronicled the ICU days in a journal. I’m thankful to know what went on around me during those difficult times. One entry reads:

We’re all living for the moments where the fog lifts a little and we get a glimpse of you. After you asked for – nay, demanded – ice cream yesterday, Paul looked at me and said, “She’s in there.” Yes, she is. And she’ll be back.”

Weeks of inpatient rehab turned into months of physical, cognitive and psychological outpatient therapies.  Common brain injury effects include fatigue, lack of initiation, irritability, and depression. A few fellow patients had loved ones who did not understand, leading to abandonment or divorce. Paul, however, patiently held my hand through every frustration and victory.

So, yes, this whole event was a gift, especially from my faithful husband. Our young marriage was tested, and we passed with flying colors. On your wedding day, you repeat those vows of “for better or worse, in sickness and in health” but your face is flushed with love as you’re surrounded by happy friends and family.

Your hair is perfect, your clothes pressed, and everything is sweetness and light. You’re not thinking of ventilators, walkers, shaved heads or full-time caregivers. My husband proved that he took those vows seriously.  Not to say our marriage will never be tested again, but how often does one get a trial run like this?

I’m a Los Angeles based relationship expert + life coach.
But show up ready.
I’m not for the faint of heart.

Have a pesky question burning a hole in your pocket? Email me at
d@danielle-dowling.com to submit a letter for my Smart Advice column.
Identities strictly confidential-of course. 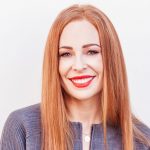 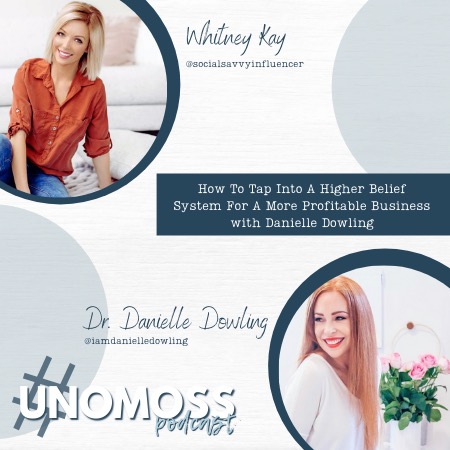 Anything you want to ask a teacher, ask yourself, and wait for the answer in silence.

—When the Heart Heals the Brain